Car costs can add up quickly and sneakily. As many car buyers find out, it’s not just the purchase price that impacts a hip pocket.

We add up and compare some average car costs in Australia.

Car costs depend on a lot of things, so we’ll look at the average car in Australia to get a ballpark idea. The way you actually drive your car makes a huge impact on the costs, as does your care and maintenance.

So, what is the average car in Australia?

Below are some car stats that give us a picture of the average car.

Taking into account the current average age of vehicles in Australia is 10.1 years old;

Moving to the present

For our examples today, we’ll take; 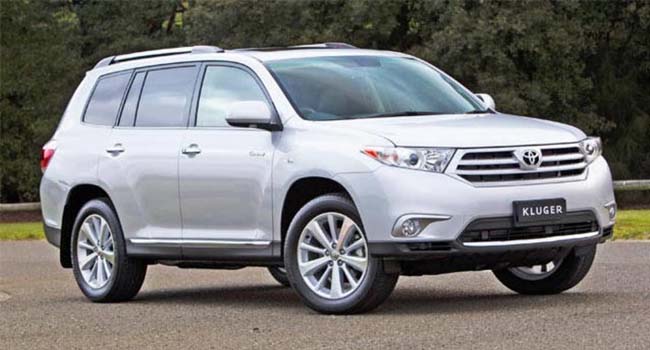 The Toyota Kluger we’re looking at is an AWD with a 7-seat capacity. Klugers are a vehicle of choice for families who like getting out and about on weekends.

It features a 3.5L V6 petrol engine. Considered a larger mid-size SUV, the Kluger is a popular, cheaper alternative to its siblings, the Prado and LandCruiser models. 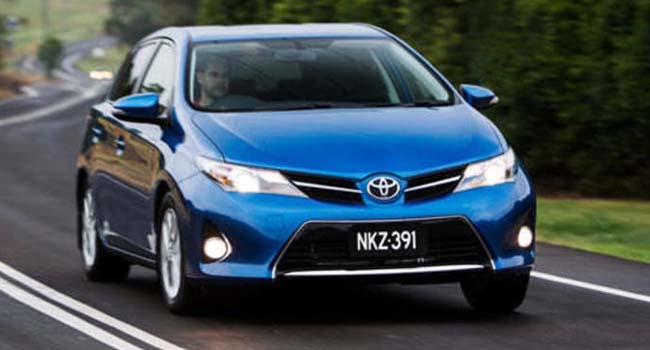 Being the world’s most popular car, the Corolla is a win for many drivers. It offers reliable fuel efficient and comfortable driving.

The one we’re looking at comes in FWD and is powered by a 1.8L 4-cylinder engine. The 5-door hatch seats 5 people.

Both cars run on 91 unleaded petrol.

This means how much value (dollars) they’ll lose as the years, kilometres and wear and tear adds up.

These are estimates as resale value also depends a lot on condition.

However, depreciation might be something interesting to car buyers.

According to the ACCC, the average petrol price in Sydney in March, 2021 was 132.6 cents per litre.

Using that price as a benchmark, with the average distance Australians travel per year (13,300 km), the costs are;

Total Tally So Far per year

Why? As stated on the ACCC website ‘Price cycles are the result of deliberate pricing policies of petrol retailers, and are not directly related to changes in wholesale costs’.

Always make sure to fill up when the price is low and take measures to save petrol.

States and territories differ in Australia but, as mentioned above, we’ll stick with NSW. This is because NSW has the most vehicles at 5.892 million as of 2021. Victoria reported 5.15 million.

In NSW, registration costs go by tare weight. For our purposes, both vehicles are for private use.

CTP Green Slip is insurance that covers the liability of anyone driving your vehicle for injuries caused to others in a motor accident. Check with your state or territory’s government for specific details.

*Based on a driver aged in their mid-30s with no prior driving offences / incidents.

Note that registration and insurance costs vary per driver, location and other factors. The above figures and details are a rough guide only.

Most vehicles, like the two we’re looking at, require servicing at least once a year. We’ll base our calculations on two times per year. They are general services.

Rough service costs per year based on two services

Costs are not based on scheduled logbook servicing as these can vary considerably.

This is a tough one as tyre wear depends on daily driving conditions. The types of roads you drive on and how you actually drive can impact tyre wear.

The first number, (e.g. 245) means 245mm and is the width across the tread that touches the road)

The second number, (e.g. 55) is the aspect ratio. It means a percent, not millimeters. 55, for example, means the height of the tyre 55% the tyre’s width. The higher this number, the bigger the tyre’s sidewall.

The last number, (e.g. R19) means wheel diameter in inches, in this case, 19 inches in diameter.

Based on some rough price searching;

Note that these are mid-range, new tyres.

This is an easy one to calculate as most states offer their own calculators online. Make sure to check with your state government’s website.

Based on some price calculating from the ballpark purchase prices in NSW;

Also, note that stamp duty is a one-off payment upon purchase of the vehicle.

Car costs all in all

Here in Australia, the vast majority of us need a vehicle to get to and from work. This means car costs are pretty much inevitable.

Make sure your decision matches your financial situation and don’t hesitate to get some advice from professionals and/or people you trust.

Furthermore, don’t forget the old ‘buy nice or pay twice’ rule. For example, tyres. Buying the cheapest used options when your tyres are really worn might save a few dollars but will you have to buy more much sooner compared to good quality new tyres?

Some car owners figure that paying a little more is the right way for their situation as it allows for more expensive cars that offer great road trips. On the other hand, some prefer a cheaper option and only look at the vehicle as a simple commuter.

All figures and details above are estimates and for a guide only.

Tom Caesar is the Managing Director of The Positive Group, a group of Australian financial services companies offering a broad range of finance to clients Australia wide. The Positive Group assist clients in the areas of car finance, mortgages, insurance & wealth management. Tom has been in car & asset finance for over 10 years. Tom regularly contributes articles on car finance, insurance, technology and business growth, drawing on his experience of starting his own brokerage in 2009.

Did you enjoy this article?

We can deliver articles like this one straight to your inbox. Simply enter your email address in the box below and we'll take care of bringing you the best content.

Did you enjoy this article?

We can deliver articles like this one straight to your inbox. Simply enter your email address in the box below and we'll take care of bringing you the best content.

We make finance a Positive experience